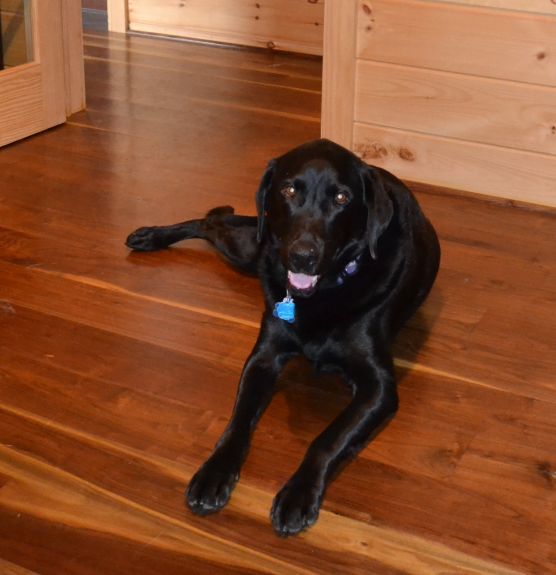 I feel the need to be on here a bit more lately.  I am tending to reflect back to what was happening last year at this time. I had a bad dream last night about sending you to the Bridge. It was not at all like it happened, not even the same place. You were licking my hand after it was over. Maybe you were visiting me in my sleep. Then I was going to send Chandler there too! It was awful!        Now another visual for you who are reading this.  I had completely forgotten about this until the other day. It is typical Ty stuff.  We had just moved here, so was close to 5 years ago. I heard Ty and Chandler making a commotion in the back yard.  Now, you may ask, how do I know that this was Ty’s idea? I love Chandler more than life, but he is afraid of his own shadow. Boxes, clothes baskets, getting his nails trimmed, baths and probably ground hogs if faced alone.When I went outside, the 2 of them had a groundhog cornered. The thing was chattering at them. I knew they were vaccinated, but still. I do not know what kind of damage one of those things can do to a dog. ( a horse pasture is quite another story) I yelled at them to come in. They proceeded to pass the poor groundhog back and forth and then toss him into the air over and over. Toss, thump, toss, thump. I lost count of how many times I heard it hit the ground I started to actually feel a bit sorry for the poor thing. Meanwhile it is chattering and growling. I was not real sure I wanted to get involved, but I got a broom and started toward them. I thought maybe I could distract them. At some point, I got their attention, ( no , I did not hit anybody with the broom) I just stood there and waved it and yelled for them to let it alone. Finally, They backed off. The ground hog was just laying there. I thought it was dead. I went back out after I put the dogs inside to get rid of it and it was moving. I own 2  pistols and I  target shoot as a hobby but, me shoot anything that breathes???? Nah Aaah!!!  I could not stand around and watch this poor thing suffer so I called my Hubby and told him he had to come home right now and shoot this poor thing. He said he would take care of it when he got home. He told me to stay away as I , unlike the pups was not vaccinated against Rabies. I do not listen real well. I went out about an hour later and the groundhog was nowhere to be found. I am guessing they just had him stunned. I am not sure where he went, but for those of you who remember the story of the poor Rooster that Ty buried alive, I am thinking they are hanging out somewhere in the woods together. Ty was the gentlest soul, he would not have intentionally hurt anyone or anything, but he did not always think. He probably was not the most intelligent pup I have owned, but one of the sweetest and most comical.That got him into more scrapes than I can count. I am sure there are others that will come to mind and I will share. These adventures were what made Ty, TY.  His exuberance and love for life can never be duplicated, nor would I want it to be. I miss you lots, you big old cuddly, goofy sweet boy!     BTW: no one was hurt in the making of this adventure. They were checked thoroughly for bites.

2 thoughts on “Another adventure in TY Land!!”